Sculpture and Props for Animation Reference

I am no sculptor, but I gave sculpting Birdie's head a shot yesterday. I picked up some Premo! Sculpey, some wire and a few shaping tools at Blick and spent about 7 hours creating this: 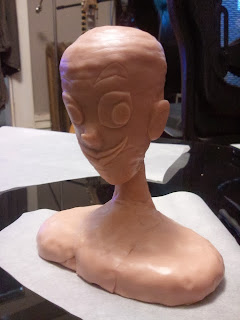 I may sand it down now that it's been baked and I guess I could keep going with it... I'll probably leave it as is though and just add some hair. While it isn't a great sculpture I think it will serve it's purpose. I built it so that I could have a reference for while I draw Birdie's head. It's one thing to imagine her head in different angles so long as it's level, but imagining how such a cartoony head would look at tilted angles is more difficult.

Animators have often had props and sculptures of all sorts through the years to help them imagine the different views and possibilities if characters and objects. Kent Melton is an amazing and experienced sculptor and I remember seeing the sculpts he did of The Incredibles cast in the movie's art book. Here they are:

A famously animated scene aided by props is that of the car chase scene in 101 Dalmations. A cardboard model of Cruella's car was built and filmed for use in the film. You can learn about that in the Making of 101 Dalmations video at the 22:31 mark. 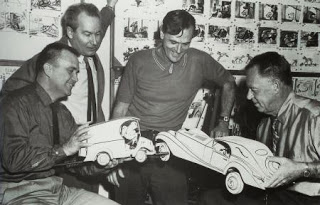 The live action images shot of the car models were transferred directly to cels and painted. Hand animating rigid objects such as cars is a difficult task and tackling the issue this way saved a lot of work and stress. 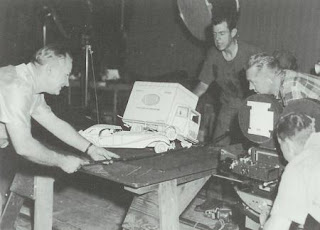 Here are a couple more gorgeous sculpts by Kent Melton of Rapunzel for Tangled: 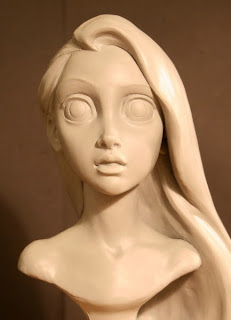 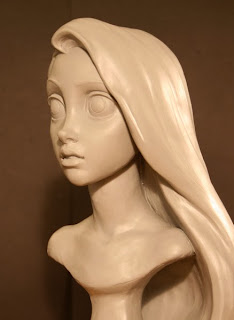 And here are some images of my Birdie head work in progress!
Just some Sculpey here: 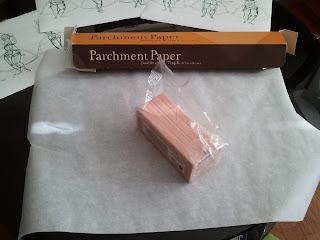 Beginnnings of a wire and aluminum foil armature: 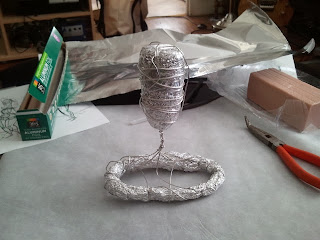 The aluminum base is done here: 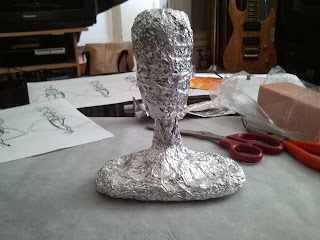 I had no idea what I was doing. I found the Premo! Sculpey hard to work with. I worked pieces of it at a time in my hands to soften it a bit and then I gradually wrapped strips around the armature to flesh it out. 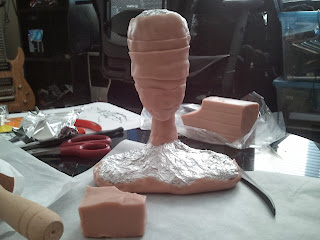 The basic shape is achieved: 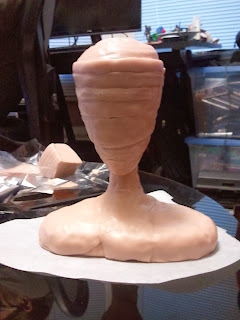 Here it is with facial features added! 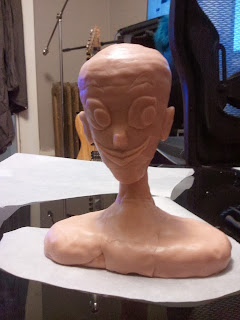 Scultptors are amazing. This stuff is hard.

Here is a small taste of a big scene I've been working on! It's been so addictive to work on this. I hate doing a bunch of work and ... 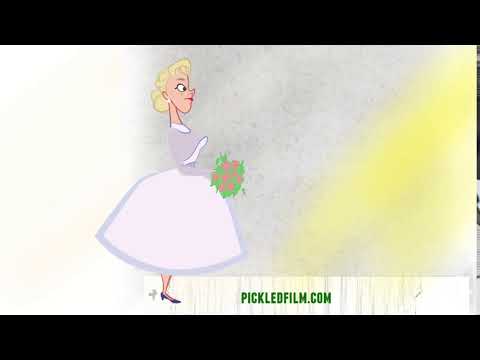 Andrea K Haid
Since graduating from the classical animation program at Sheridan College in 2005 I've been animating professionally on kids shows and video games. Right now I do freelance animation for and work on Pickled under my art name Mingo Things.

All the ways to find Pickled!